I arrived in Florence as the sun was setting on Wednesday night. Immediately, I felt the activity around me as I walked up to the famous Duomo at the Cathedral di Santa Maria del Fiore. All of the pictures I had seen before of it made it seem fake to me, and I had no recognition of the buildings scale except that it must be a monstrosity. As I got closer, I realized that my previous observations based on the photos were true. The building is so beautiful and massive, it’s eye-popping. The buildings that line the piazza around the cathedral are the same scale as the rest of the city, at about four to six stories high. And somehow, even the massive Duomo interacts great with its surroundings! I stood and starred at all the details for an extended period of time until my stomach began to growl and I needed to find food. I walked in the general direction of my hostel, which was on the other side of the old city from the train station, and came upon another piazza. There was an older gentleman playing the acoustic guitar and a crowd around him. It was a pleasant scene, that again, just like the Duomo made me not want to leave. From there, without looking at a map and allowing the streets to take me to where I needed to go, I found myself in shock walking up to the second version of Michelangelo’s David statue, crafted in the early 16th century. Eventually, I made it to the hostel and got settled in. Just that first walk, alone, makes me understand what all of the hype about Florence is. What a gorgeous place to find myself in. The next time you are traveling to a walkable (or bikeable) city, be sure to book your place on the opposite side of the old city from the train station. You won’t regret it! 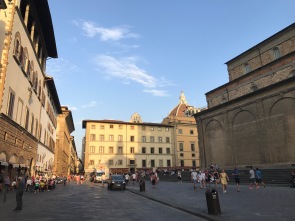 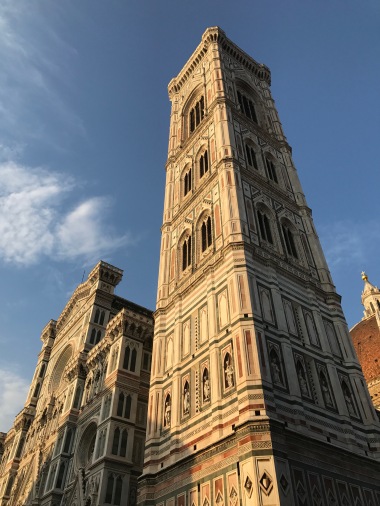 I was lucky enough to meet a couple of locals during my time in Florence that I truly hope I meet again. By pure chance I met Jhay, an Italian-Filipino, who then introduced me to a couple of his friends from the university, most notably, Angelo. Jhay moved to Italy from the Philippines when he was a young boy and was thrown into the madness of learning a new language. He is studying business and marketing at the local university in Florence and now knows several languages, including Filipino, Italian, English, Spanish, and French. Having studied for a semester in London, he picked up a British accent when speaking English, different from many Filipinos who are exposed to American television at a very young age. He is a fantastic person with so much thought put into how life happens. Angelo was born and raised in the South of Italy, near Naples. He is studying English, Portuguese, and Spanish at the university. He and I hit it off, as he made fun of me for my sorry attempts at speaking Italian, which came out with Sicilian dialect (thanks Manzo haha), and because we both could joke about the British accent that Jhay had obtained while studying in England. We studied (I blogged) at the local university, we talked about music, we talked about politics, we talked about language, and we talked about the relaxed culture of Italy that we are nowhere near in the United States. All of this conversation and time spent with a couple of wonderful people that I had just met hours before. We all enjoyed our time together so much that they were trying to convince me to stay in Florence longer, but it was off to Rome to meet up with Gilly and friends for a couple of days.

During our discussions, Jhay asked me if I believed in Destiny. Now, I am not really a religious person which I think is generally where that belief stems from, but it is an interesting thing to think about. When you think of that word, it probably brings very positive thought, and some very negative thought. We experience things in our lives that make us wonder, why me. But then there are other experiences that put everything in perspective and it is hard not to believe that this is part of our path towards our own personal satisfaction and greatness. Looking back on the up-and-down year myself, and others around me, have had… it makes me believe that there is a path that is right for all of us moving forward. So, I guess it isn’t just Destiny, it is Choice Destiny. We choose which way to go at the key “hub” moments, but each of those paths have a receiving action that leads us to the next set of choices. 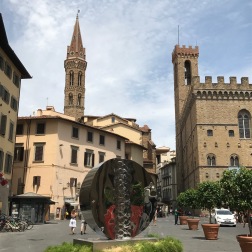 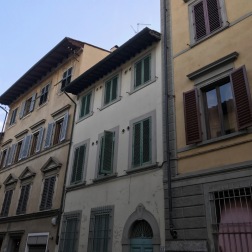 The question of whether I believe in Destiny or not also brought up a conversation I had recently with a friend. We talked about how there are different types of people in our lives. There are people who will always be there with love to give and receive, like family and close friends. There are people who will be around for a long-time, but will eventually fade away along their own path. And then there are people who come-and-go in what seems like an instant, who have some sort of impact on our lives. Sometimes the impact is for personal growth, and sometimes it is for personal experience.

It is overwhelming, yet beautiful, to think about all of the people that we come across in our lives. When we travel, we step outside of our comfort zones. And often, when we step outside of our comfort zones is when we come across the most interesting people who surely are very different from ourselves. I remember when I was younger meeting new friends on the beach, and at the end of the day it always hurt to leave my new friends with a 99% chance I would never see them again. The great thing is that I can still look back on a lot of these memories. More recently, I have found that friends and I try to make it a point to connect with people on social media, but you can’t do that with every single person you encounter. I’ve learned that when you are traveling, it is best to hold on to the memories of the people we encounter and use it for growth. Use the encounter we have with people who are different from us to grow our view of the world, and eventually use that growth for good.

Just like all of the unforgettable memories from traveling before, I am thankful I was able to meet some really cool locals in Florence. They are likely that type of people who come-and-go in an instant, but the memories of living a slower-pace Italian lifestyle with them will live on. I think the two takeaways from this experience are that we should leave our door open to meeting new people and that we should cherish the memories, little and small, that we make while traveling. I ended my short time in Florence walking the streets built for the people, to this day taking ownership over the car. With a prosciutto sandwich from the famous All’Antico Vinaio in hand, I hiked up to the Piazza Michelangelo overlooking all of Florence. There were hundreds of people from all over the world convening around me to enjoy the beautiful sunset over the domes and churches of Firenze. What a sunset, and perfect ending, it was! 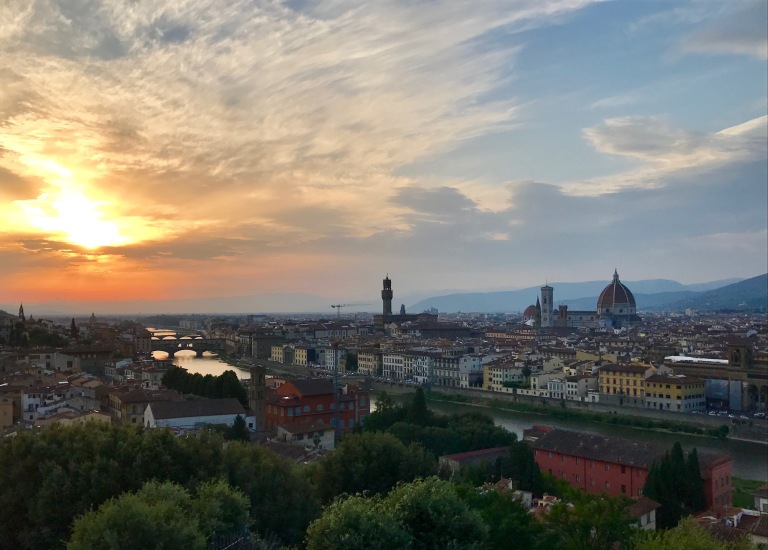